January has flown by, but not without my having established some challenging resolutions. I've never been one to have new year's resolutions, preferring instead to set goals throughout the year as I mull things over for some time to ensure it's what I really want before committing.

This past year was slightly different for me. For the first time in my life, I established myself as a self-employed professional, with 2012 being my first full year of operations. And it worked!

That means that 2013 is the year to be serious and start setting goals to achieve all of the things I know I have the capacity to do and do well.

Like writing. I've finally taken the plunge and cancelled my iUniverse contract for the first book in the Garden Plot Mystery series, Death in the Forsythia, after finding that I could be doing much better elsewhere when it comes to royalties. This has been a plan for over a year, but I hadn't nailed down the mechanics to make it so. I had to obtain a new ISBN, which had originally been supplied by iUniverse for this book, and obtain new cover artwork, as this, too, belonged to iUniverse. Having since developed a cover style that more aptly suits cozy mysteries, the contract cancellation has been a further godsend by paving the way for Book 1 to match Grounds for Death's cover style. As a result, I'll be publishing the Second Edition of Death in the Forsythia shortly (Resolution #1). For those of you with First Editions, hold onto them! They may eventually become priceless. Okay, maybe not, but you can always dream.

Sadly, I'll lose all the "Likes" you kind folk have showered on me at Amazon.com. I hope that my readers will again post their "Likes" once the Second Edition is available.

And I've promised myself that 2013 is the year that I publish Book 3 (Resolution #2). I've chosen a challenging plot line for this one, and to help me work through some of the kinks I signed up for two courses, one dealing with creating dynamic characters (Resolution #3), and one to help create a plot outline to help me ensure that the scenes unfurl as expected in a mystery (Resolution #4). Both courses are providing me with fabulous tools I will be able to use with future books in the series.


So there we have it: four writing goals in 2013, all of which are well underway. I look forward to being able to announce the re-launch of Death in the Forsythia in the coming days and weeks.

I encourage you,too, to set some audacious goals for 2013 and achieve those elusive dreams!
Posted by Andrea at 16:28 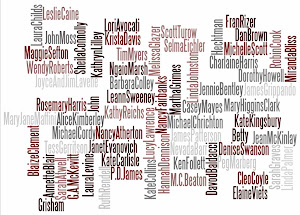 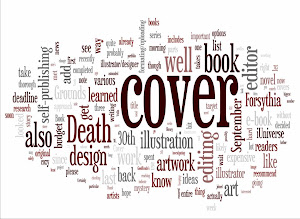